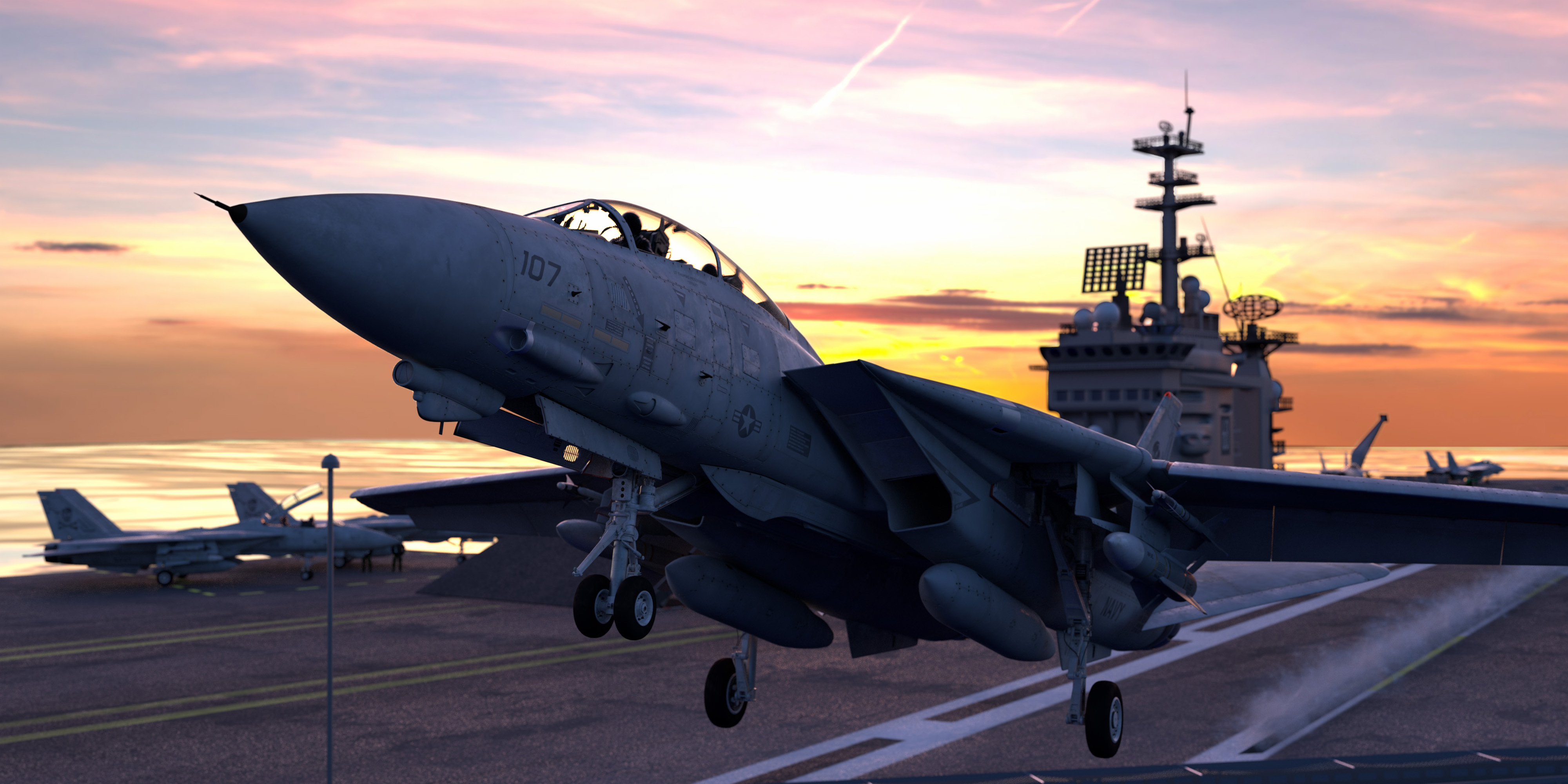 This render started in a different way. Chris Kuhn posted a challenge on facebook: make a cool render using his low polygon airplane model, and if he likes it, he'll give you the intricate, high poly model for free in exchange for a render of his model. I thought that was a great challenge, and I started right away by looking at photos of fighter jets. I saw a lot of distant shots in the daytime, but that was uninteresting to me. I altered my search to show sunset and sunrise shots. The search results started to interest me, now, but I noticed a few things.

I quickly found an aircraft carrier model that would work on blendswap by Alexdark. I dropped in the low poly fighter jet and my first test render mimicked the photos I had seen.

I felt that this image was more of a "goodbye" than a "hello!" and I wanted my image to make people say "hello!" so I went in a different artistic and physical direction. I moved the camera around and I got that impact I was looking for.

I could tell I was on to something, but I need to do a lot of work to make this rendering really work. Chris Kuhn gave me amazing and helpful feedback on my rendering, and that helped speed up the iterative process of getting to that amazing image I was after. I started by adding more details into the scene. I wanted to add 3D models of flight deck crew on the deck surface, along with some other aircraft to add detail. I couldn't find a free 3D flight deck crew model, so I instead made some billboard images using some photos I found. The wouldn't hold up well if you moved around, but this was a still image, so it worked.

It was then pretty obvious that I needed to make improvements to the surface of the aircraft carrier, so I started by adding a reflectance map of asphalt. I also added some netting at the edge of the ship. These were both ideas that Chris brought up that I agreed with.

I then had to come up with a quick way to add the launch track and steam that I had seen in some reference footage I found on YouTube. I decided to use a billboard system again as it would be easier to control particles compared to a smoke simulation. I found a tutorial on how to pull this effect off on YouTube from Blender HD.

My final test render before Chris provided the final fighter jet model looked pretty promising. Chris agreed and gave me the model to place into the scene. I think the final image looks amazing! It's such a great model and rig. I had a blast putting this render together. You can purchase Chris's model on turbosquid. 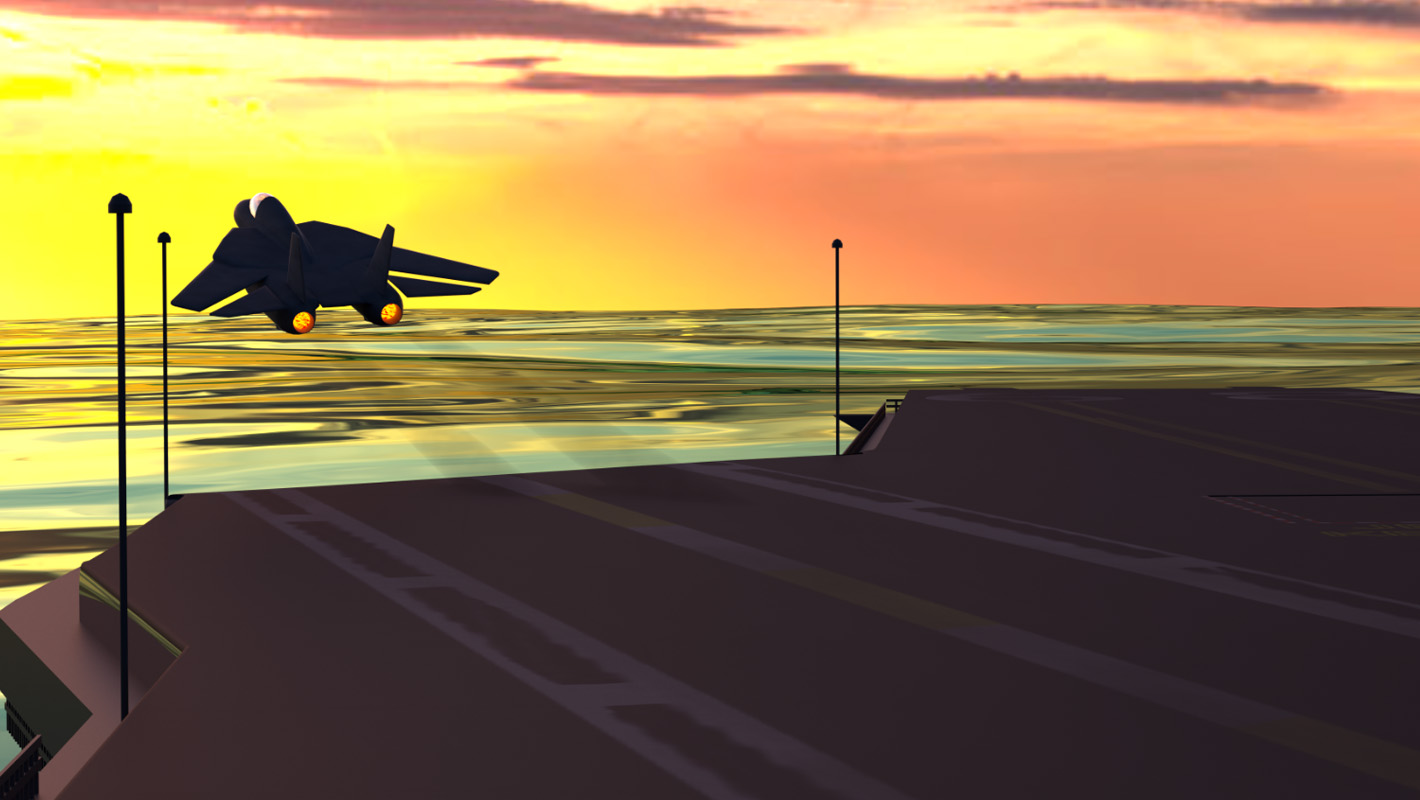 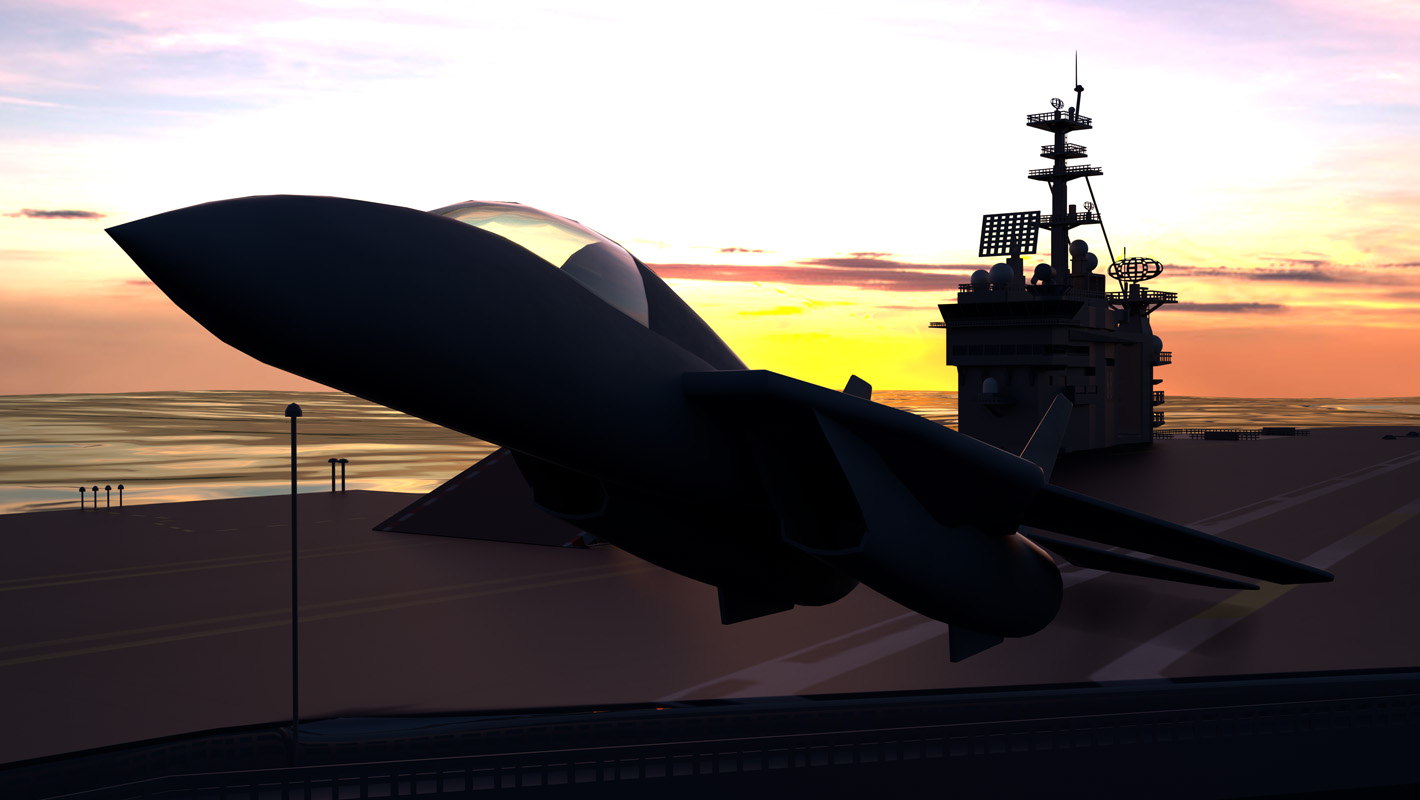 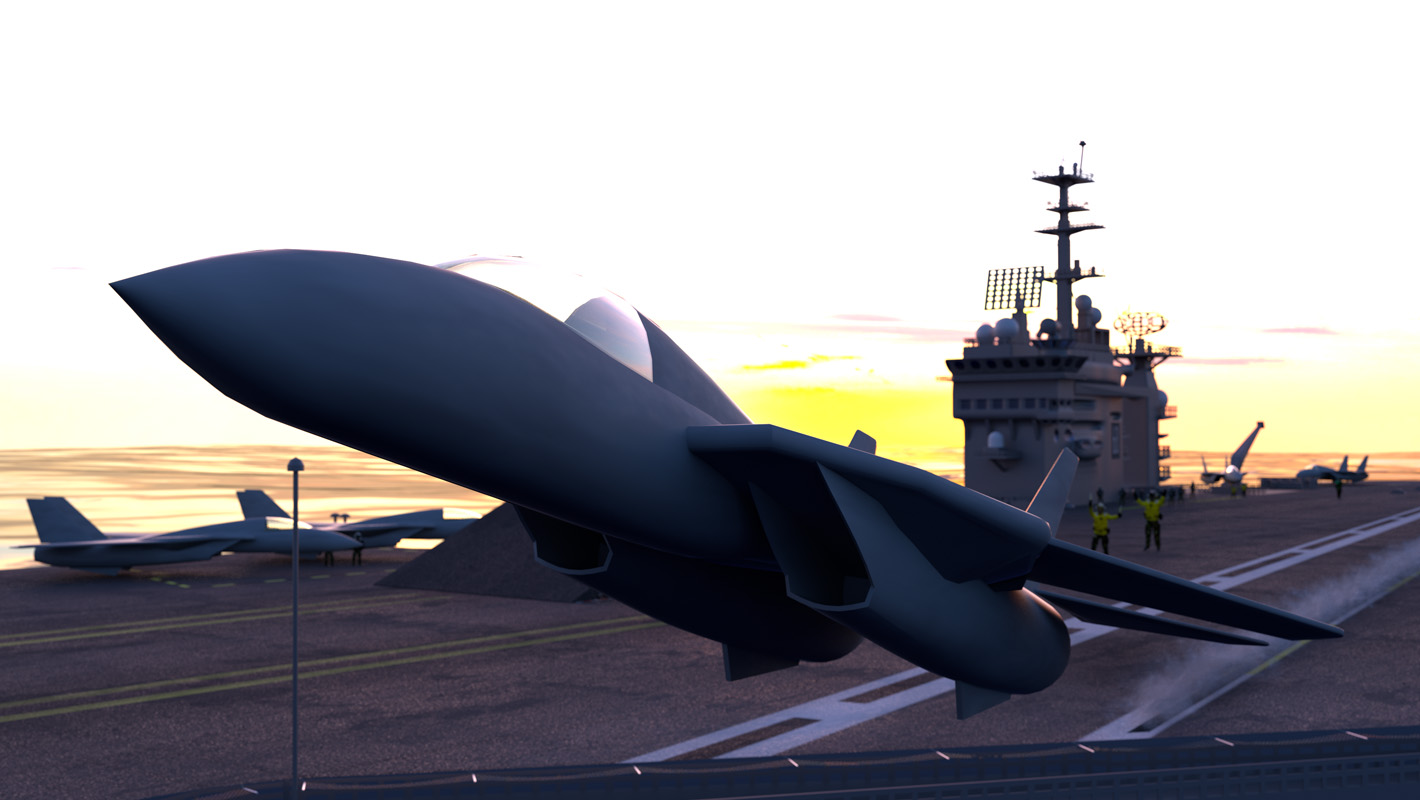